Singapore is a great place for entrepreneurs, thanks to its blend of working styles, tax regime and ease of setting up a branch or subsidiary office.

At the local “prestige” branch of Starbucks near the Newton MRT line in Singapore they serve something known as “nitro” coffee, which is pulled like a pint from a keg. You get nearly a pint, too, so it looks, and tastes a little like Guinness. It’s even served at a separate bar from the regular Starbucks fare – the bar tenders are miked-up so they can communicate orders from one station to another.

This means, if you are sneaky, you can beat the queues and order your muffin and slice of cake from the Nitro bar, but it does also mean that you will have to order a nitro coffee – which will keep you awake for the next three days.

The fact that it isn’t Guinness but coffee, speaks volumes about the kind of place Singapore is – it’s probably fair to say that Singaporeans are high-minded people, fans of working hard and negotiating – which partly explains why the city-state has been so phenomenally successful over the past 30 years.

There are, or were, 2 distinct approaches at play in Singapore. East, and West. Eastern business culture is more hierarchical, structured and disciplined, and puts the onus on teamwork. Nobody wants to let the side down, and maverick free-thinkers are generally not encouraged.

The Western approach is somewhat more liberal, and less hierarchical. Managers muck-in with their subordinates, less emphasis is placed upon fitting into the team environment, and unpredictable types who challenge authority are seen as potential leaders and encouraged to develop their ideas.

Of course, this is a generalisation and in reality the lines are often blurred; Easterners are not all coffee-drinking automaton’s studying their way to the top of the pile, and Westerners not all wild-cards concluding deals over a fag and a beer.

One of the best things about Singaporean society is the way it has integrated so many different cultures. The West could learn a lot from the way Singapore respects all nationalities, creeds and colours and succeeds in making the whole greater than the sum of its parts.

In the West we tend to think of Singapore as a strict regime with a bunch of archaic laws and regulations – hardly the kind of place where an entrepreneur would flourish, you might think.

But you’d be wrong. The beauty of having minutely structured laws and regulations is that once you understand and implement them, you can rely on them. Yes, they may seem complex at first, but they work like a safety net, ensuring that once you have dotted all the I’s and crossed all the T’s, you are free to be as creative as you want to be, safe in the knowledge that you are also in complete compliance with the law.

Think of it like this. Skydiving is a thrilling activity, but it’s a whole lot more enjoyable if you can be sure that the parachute is a super-sophisticated piece of kit that works every time.

Hence government initiatives like the regulatory sandbox, the brainchild of the Monetary Authority Singapore, which you can read about here.

Singapore’s laws are not there to be broken, but they are there to be interpreted, and the best businesses can interpret them the right way, embrace the freedom of Singapore’s business environment, and can win big.

If you are doing business internationally, being based in Singapore is a stamp of quality and can help ensure good treatment from overseas clients.

Singapore has no issue with foreign companies coming to its shores, and offers exciting tax incentives for anyone willing to take the plunge. The state operates a “single tier” corporate income tax system i.e. no double taxation issues. There is no capital gains tax in Singapore, and the headline corporate tax rate is just 17% (down from 26% at the turn of the century, a sign of Singapore’s determination to attract businesses from overseas).

Then there are the tax exemptions: 0% tax on the first S$100k of taxable income, if the company is incorporated in Singapore or is a tax resident in Singapore, with no more than 20 shareholders.

8.5% tax on income of up to $300k per annum thanks to partial tax exemption. No tax on dividends paid by the company.

In another measure designed to help SMEs, last year, companies in Singapore were eligible for a 50% corporate tax income rebate, up to a cap of $20,00.

In an effort to alleviate “double taxation” agreements, Singapore has also concluded tax treaty agreements with more than 50 countries.

The fact is, Singapore goes out of its way to welcome foreign businesses; and not just in terms of tax incentivisation. Singapore’s economy enjoys a reputation as one of the freest, and most free from corruption anywhere in the world. It is also home to more millionaires per capita than anywhere else in the world.

Set up, follow the rules closely to gain an understanding of how the system works, and then expand with a relatively free hand. It’s not a bad way to do business!

Setting Up a Subsidiary or a Branch in Singapore

This is another area that should excite entrepreneurs and startup or SME owners. Having a footprint in Asia is a major and potentially game-changing development in any businesses’ journey, and Singapore represents a very good option in that regard.

There are 3 ways that companies can set up an office in Singapore. You can set up a Branch office, which is not considered a legal entity in Singapore – merely an extension of the foreign company’s operations, which means the parent company of the branch is liable for all of the Branch office’s debts and liabilities.

A Subsidiary Office, on the other hand, is a private limited company incorporated in Singapore with a foreign company as majority shareholder, and as such it is considered a resident company and it is entitled to Singapore tax benefits and breaks. Subsidiary offices are typically the choice of most foreign companies entering Singapore – the foreign owner’s liability is limited to the share capital and its own assets prevented from being affected by debts and liabilities of the subsidiary company.

And there is a third option. For businesses looking to establish a presence in Singapore but not yet intending to carry out a business function there, a Representative Office can be established. This is an administrative arrangement only designed for non-commercial activities such as researching the market.

There is a “catch” however. In order to set up a branch office, you are required to have at least two local residents who will act on behalf of the company. These people must either hold an employment pass, or be a resident in Singapore, or a holder of an Approval-in-Principle or a Dependent pass.

For more information about gaining residency in Singapore, you can discover more in one of our previous posts. Likewise, to set up a subsidiary office you will need a registered company address in Singapore and at least one Director who is ordinarily resident in Singapore, and who must be either a Singapore Citizen a permanent resident, or an employment pass holder.

Luckily, Singapore has a thriving business angel network, so if you do not already have contacts who can help you in Singapore, you may well be able to find one by signing up to a network such as the Singapore Angel Investors. 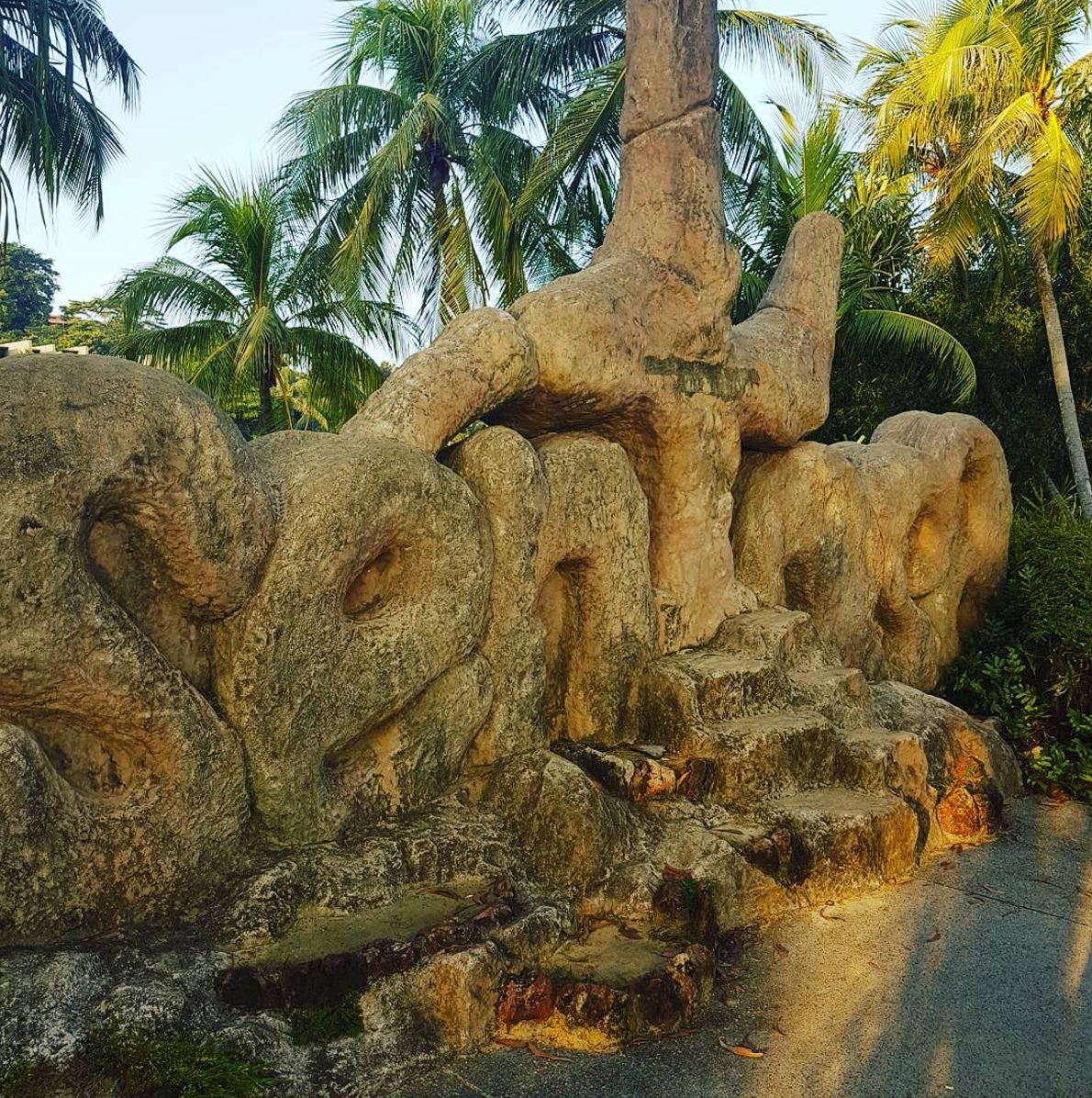 On my first weekend here in Singapore I was desperate to find a beach to top up my tan, so I studied the map and booked an Uber to take me to Palawan beach. Big mistake.

The Uber that is, not the beach! After crossing the bridge and paying the toll on behalf of my driver, a lovely lady and a great talker but not, I sensed, a natural follower of directions (either geographical or instructional), we proceeded to get very lost.

After touring various elite and exclusive golf clubs, hotels, and boutique spas my driver decided she’d had enough, and after charging a rather hefty fare deposited me on the side on the road, where I was almost immediately greeted by a very smartly addressed attendant.

“Sir, sir, what are you doing here please?”

Due to the fact I was now standing in a (very) private hotel complex which he revealed in passing cost upwards of $1,500 Singapore dollars per night (but just $30,000 for the month, sir!) I was clearly either fabulously wealthy, or lost, and it did not take the attendant long to guess which!

He allowed me to hitch a ride on his golf cart back to the entrance and whisked me at high speed through the complex to the beach.

Wow, I thought, this must be the world’s most exclusive beach – and it certainly looked like it. A slight giveaway that it may have been open to more than just elite, speedo wearing jet-setters was the drawbridge that crossed this (entirely man made) beach to the “most southerly point of the Asian continent, crammed with locals and tourists.

After sunning myself, feeling a little like a celebrity and wondering if there were any Paparazzi lying in wait in the bushes with long lenses, I walked 5 minutes back towards the mainland, where I came across the free Skytrain back to the harbour, and about 3,000 people waiting to catch it.

Not so exclusive after all – but a rather expensive trip, nonetheless! 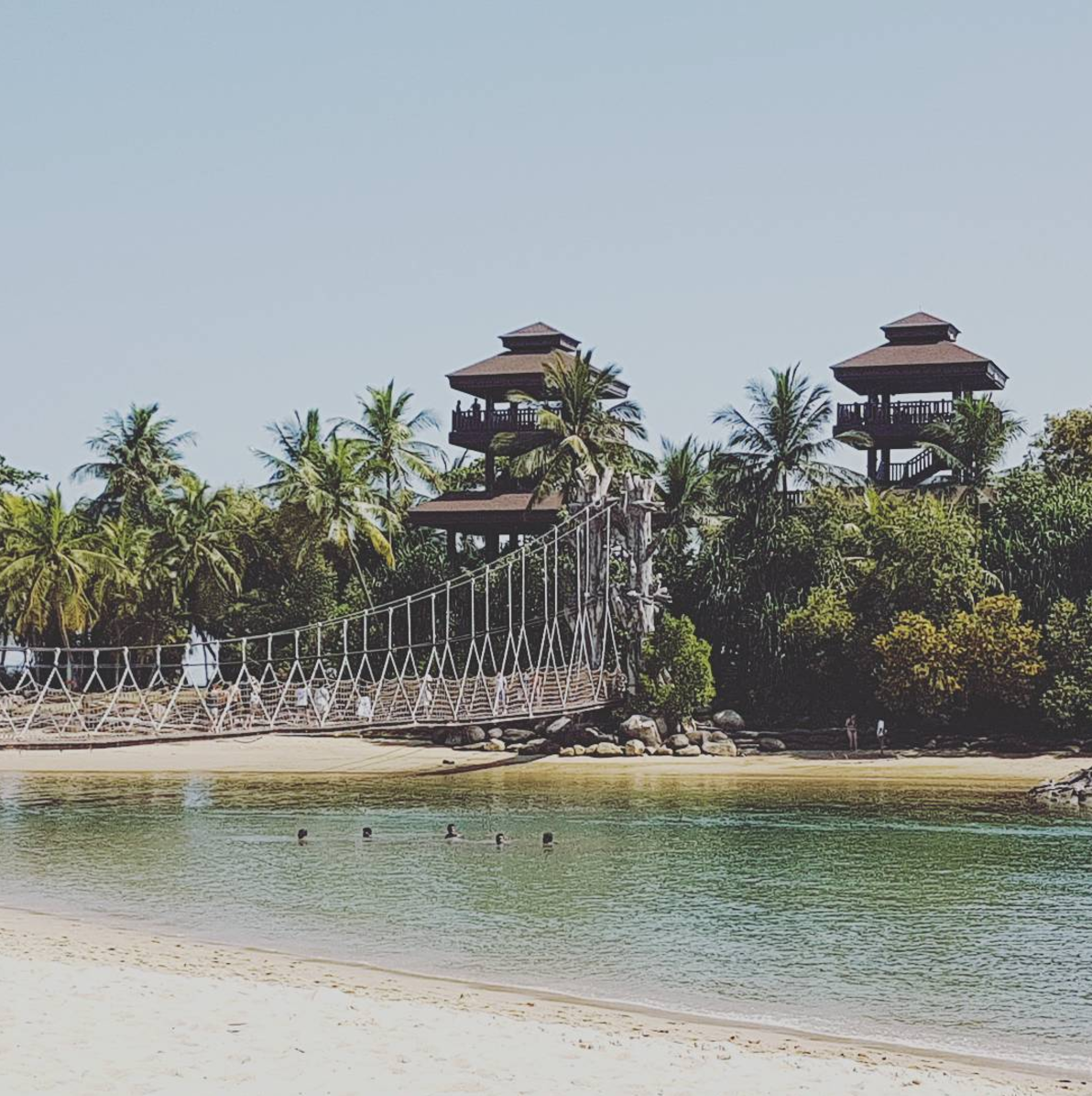 For more information about setting up in Singapore contact edmund@themoneycloud.com, and don’t forget for all overseas transactions to visit The Money Cloud for the best rates, from the best brokers and money transfer agencies.

One Reply to “Nitro Coffee, Sentosa Beach & Why Every Businesses Should Think About Opening A Branch In Singapore”